Crafting Christian history required a reconciliation between paganism and Christianity. Reconciliation was a twofold process, one centered on the problem of interpretation and the second, the problem of chronology.[1] Accommodating allegorical interpretation remedied the first problem, allegory allowed Christians to claim pagan experiences as prefiguring of Jesus Christ. To rectify the second problem Christians would need to synchronize the geologies of the Old Testament and classical time periods.[2] 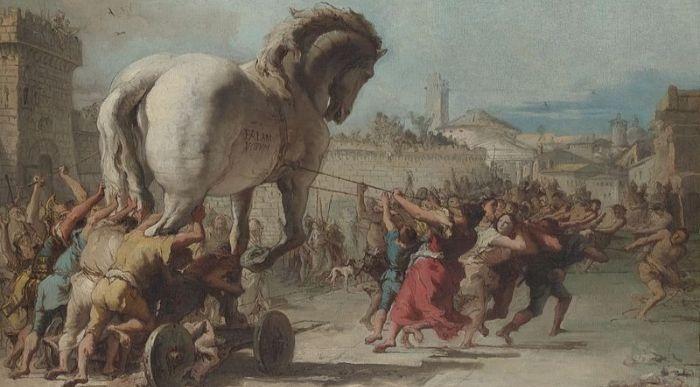 “The Procession of the Trojan Horse in Troy” by Giovanni Domenico Tiepolo. From WikiMedia.

Pagan concepts of history vary and differ between classical Greece, the Hellenistic era, and Roman. In the process of creating a universal history, the Greeks fell short, Rome excelled, and Christian’s would adapt to craft their sense of history. Greek history can be characterized in two ways, the first is discontinuous history, that of the Epics of Homer. The second is continuous history, that of writers like Herodotus or Thucydides. The Discontinuous history of Homer’s epics connects the audience to a time long ago which the dating of events is irrelevant. It was the time of the Trojan war, of heroes like Achilles and Odysseus who interacted with the gods of Olympus. The history of the poet was of great deeds, of extraordinary men designed to entertain and inspire the audience in cultivating virtue.[3] Aristotle considered epic to be an art and thus the imitation of important and serious matters. The epic is “absolute past”, it is a-temporal, enclosed in itself.[4] The deeds of heroes occurs in epic time, their “proper time” (kairos) cannot be controlled, thus the heroes are not under the influence providence.[5]

Within continuous history, which is centered on the polis, links present man to the timeless past. The gods are seen as intervening forces that can help the course of events, but they are not inherently seen as guiding all of human history. Herodotus believes that the gods pay attention to human affairs, they also punish mortals who are impious. Poseidon the “savior” is credited for destroying a Persian naval fleet at Artemision, by causing a four-day storm.[6] The operation of time for Herodotus is non-linear running, if not cyclical, then at least it is repetitive.[7]

“Odysseus and Polyphemus” by Arnold Böcklin. From WikiMedia.

The difference in the operation one of the clear distinctions between pagan and Christian history. In pagan history, there is no providential end only a pragmatic end of history.[8] In such, the Greeks could not have created a universal history, for there was no inevitable end of history which time progressed towards. Christianity emphasized linear based time which was guided by the sovereignty of God. Time had a beginning which started at Creation and would have an end at the Last Judgement.[9] The deeds of Christ signify the guidepost for all the is behind and all this is ahead. Time and history are now understood as the process of redemption.[10]

Originally, Christians showed little concern over history, the chiliasts and millenarians were waiting for the second coming of Christ would hardly produce a historiography.[11] The future was expected to be short, Jesus return would usher in the end of history – reconciliation the past and present were irrelevant. When Christians did eventually create a historiography, coming to terms with the real possibility that the second coming may not be imminent, pagan along with Jewish history was integrated into a Christian historiography. Christians such as Irenaeus saw history as the recapitulation of previous events. The Old Testament was examined with a Christian lens, Adam was understood as a “foreshadowing” of Christ.
Greek philosophy also had to be reexamined to fit into the Christian historiographical narrative. Christians would view Greek education and philosophy as a stage in growth where God’s revelation was unfolding partially. Philosophers such as Socrates, Plato, and Aristotle were reinterpreted as proto-monotheists, who were preparing the Greeks for the gospel. Justin Martyr would declare that Jesus was known partially by Socrates.[12] Homer would lose his authority to Moses, who Christians claimed to have greater antiquity. Pagan identity would lose itself through Christian historiographical rewriting where Judaism’s scripture is elevated over Greek teachings, and promoted as the real source of wisdom. 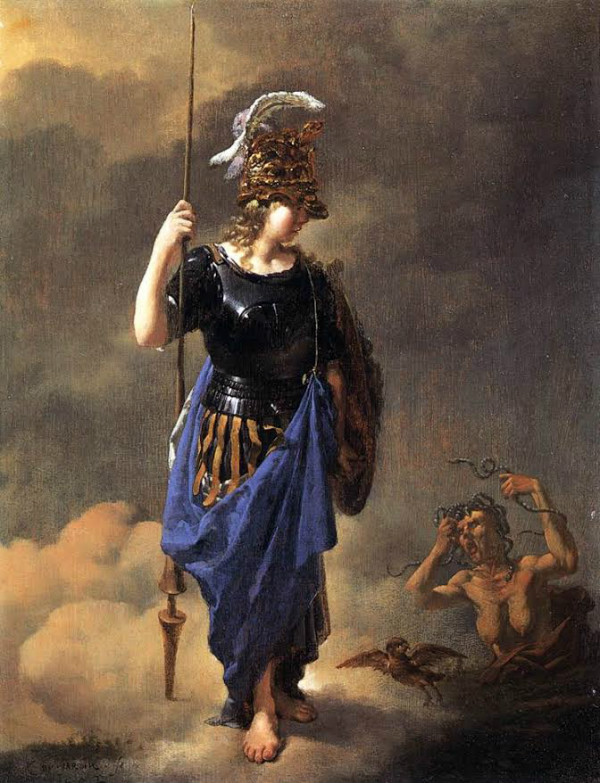 The Roman Empire itself would be understood as an instrument of God, for the Pax Romana occurred because of Christ’s birth. The Pax Romana was conducive for the gospel to spread, the Empire was effectively connected and travel was safe. It would be Roman Emperors, Constantine and Theodosius that would allow Christianity to first gain imperial favor and later becoming the official religion of the Empire. The Roman Empire was an important vehicle for Christianity’s growth.

In conclusion, the creation of Christian historiography had two profound changes from that of their pagan counterparts. Christians emphasized linear time and redemptive history guided by providence. They established a definitive beginning and end, time now progressed in a forward motion, with all of pagan and Jewish history prefiguring Christ’s incarnation and preparing humanity for the gospel. In doing so, a universal history was created at the expense of pagan cultural identity.