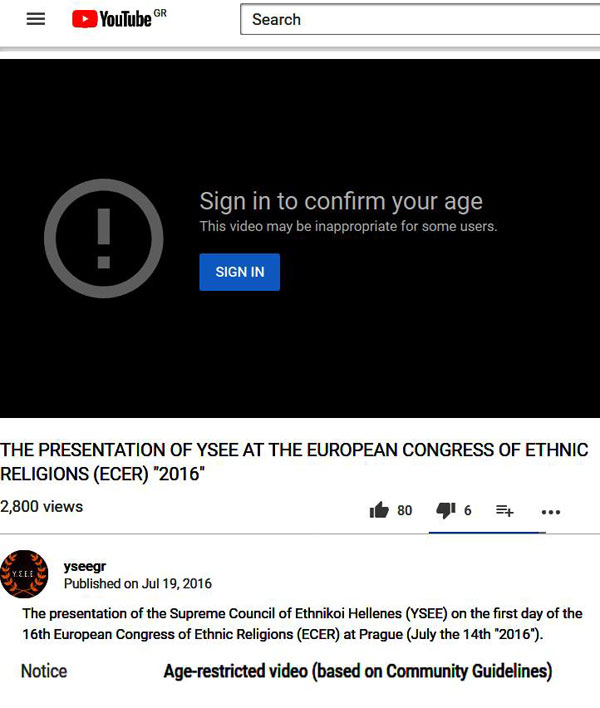 The morally, religiously and culturally bankrupt Monotheism, is desperately clinging to life by conjuring up from its dark past the most disgusting aspects that its intolerant nature has to display. Its Islamic branch by use of military force is trying to bring humanity back to a period of medieval barbarity, while the Christian branch is attempting the same but with a preference to the 16th Century, the time of the Puritan Age.

With the incitement of fundamentalists, in country after country, those that exhibit a sick hatred for the human form, attack anything that glorifies it. Because the Greek art of the pre-Christian period and the Neoclassicism of the 19th Century that emulated it, above all others glorified the human body, they have become the main target of the monotheists. These attacks come in various guises, hiding behind the seemingly innocent masks of modernism, feminism etc..., or directly under the banners of fundamentalism and conservatism.

The examples are many and they are increasing in frequency. We will mention characteristically the covering of the genitals of the statue of Prometheus at Skopje in 2012. Few days ago the Manchester Art Gallery removed the painting of John William Waterhouse “Hylas and the Nymphs” (1898) under the pretense of a “happening” that will encourage a dialog about the limits of pornography.

The most immediate case to us came from YouTube which, after complains by some unnamed individuals, decided that the video presentation of the Hellenic Ethnic Religion that took place two years ago in Prague, during the annual meeting of European Congress of Ethnic Religions, is unsuitable for minors, because it included image of Hellenic statues, that were naturally nude since our ancestors were not familiar with the disturbed “ethical” musings of missionaries, mullahs or rabbis.

We would like to inform all those militant, neo-puritan Christians as well as those Islamists that are demanding for a return to a barbaric age, that their advance is just a temporary march of the dead. Every attempt to attack human freedoms and the enjoyment of a natural life, and every form of applied monotheism will find us against it. The world of the life-haters is collapsing and we will not be following them into their abyss. The future belongs to the ideal Man that Hellenic thought envisioned, a Man that lives according to Reason, Nature and Virtue.