A beginner to Hellenism had a list of questions which I asked him to send me to answer. The list is long, so I will address the questions in several posts. In this entry, I am answering five questions. My goal is to provide meaningful answers based on my academic studies and contemporary reflection.

Temple of Hephaestus in Athens.

1. What is the difference between Hellenism and Hellenismos? Do they differ considerably?

Hellenismos is the English transliteration of the Greek word Eλληνισμός (Ellēnismós). The Greek-English Lexicon by H.G. Liddell and R. Scott defines Hellenismos as “imitation of the Greeks, Hellenism.” Hellenismos often is used to describe Greek religion. The ancient Greeks, however, did not use the term Hellenismos as a label for their religion. Instead, what we conceptualize as religion, they simply referred to them as their ancestral “traditions and customs.”

Hellenism is the English translation of Hellenismos. It is often used to describe Greek culture overall. Hellenism is also used by historians to refer to the Hellenistic period and the spread of Greek culture. For my purposes, there is no significant difference in these two terms. I use them interchangeably.

2. Are all the stories considered as facts or as mythology which cannot be ascertained?

Myth and history both consist of stories about the past. The difference between the two is the level of truth that both claims. Myth has truth, not always historical truth though. I understand myth for their symbolic/spiritual/cosmic truths. However, myth does preserve historical truths.

There was a time where people thought that Homer’s Iliad was utterly fictitious, that Troy did not exist. Heinrich Schliemann found Troy using Homer to guide him. People of his time thought he was crazy, but with Homer as his guide, he found the lost city. There are truths in Homer; things handed down from one generation to the next. Historians do use Homer as a source for pre-Classical history.

When it comes to mythology, it is best not to search out their historicity, but to understand the meaning of them and what they seek to teach us. I recommend reading On the Gods and The World by Sallustius. There he gives five explanations of myth. 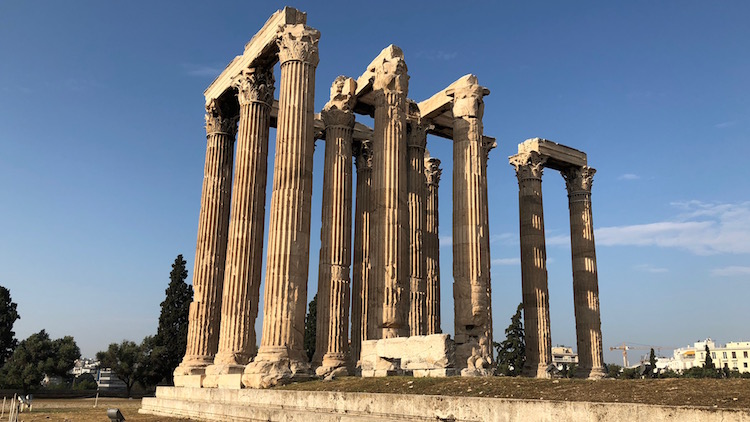 The Pillars of Zeus in Athens.

3. Are there any written records of do’s and don’ts in Hellenism?

There are no commandments per say, but we do have guidelines which are encouraged. Two guides for living well are the Delphic Maxims and the Pythagorean Golden Verses. I recommend reading and contemplating them.

4. Which is the highest authority in Hellenism? In a sense, who decides what would happen?

As a Y.S.E.E member, I can speak to my experience in this Greek community. Each of the Y.S.E.E communities (e.g., Athens, Rhodes, Cyprus, New York) are self-governing and do not have a central authority dictating what should happen. However, the communities are in harmony with each other in general. Current communities model the polis system of classical times, where each city (e.g., Athens, Sparta, Corinth, etc.) governed itself.

In antiquity, Delphi was a source of PanHellenic “authority” – that if the cities had to refer to outside authority concerning cultic practice, it often went to the oracle for guidance. However we today lack the oracle of Delphi thus we cannot seek the Pythia for help. I would suspect if there were a significant cultic matter at hand that one of the communities came up with, let’s say, New York, we would probably bring it to attention to HQ in Athens for advice.

As for everyone else, the general Hellenic pagan, none of this would probably matter. Thus there is a large amount of freedom from authority for those practitioners. However for the Greeks, this is not so much the case, we do our best to stick to our traditions and customs. 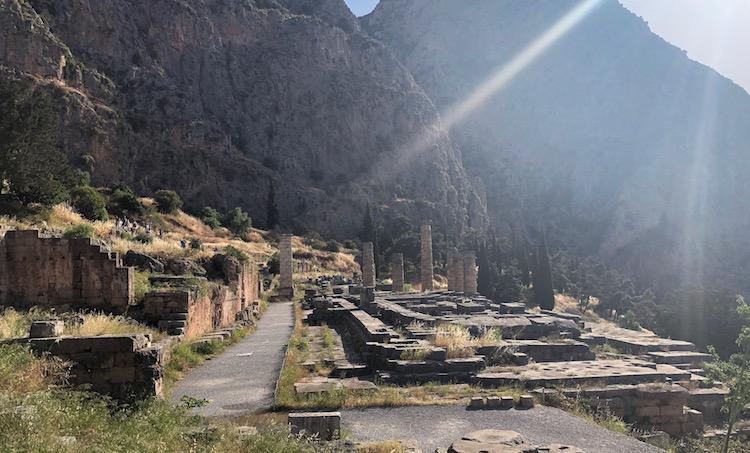 The remains of Apollo’s Temple at Delphi.

5. What is the philosophy of Hellenism?

The main three are Orphism, Pythagoreanism, and Platonism (which is essentially a synthesis of the previous two with new contributions). Plato represents the best of the Greek tradition while also adding to it, Plato’s ideas. Thus Platonism is the Greek tradition, but also a tradition of its own. There are additional philosophical schools, but these three are pretty foundational and will get you a reliable picture of the philosophy of Hellenism.

All the above mentioned carry the philosophic torch from pre-Classical times forward, which encompass piety, virtue, and theurgy. These three elements are the (timeless) bedrock of Hellenism that is rooted in the veneration of the cosmos, the gods, nature, and a desire to commune with the gods, live in harmony within the world and with each other.

I recommend the following as recommended reading: